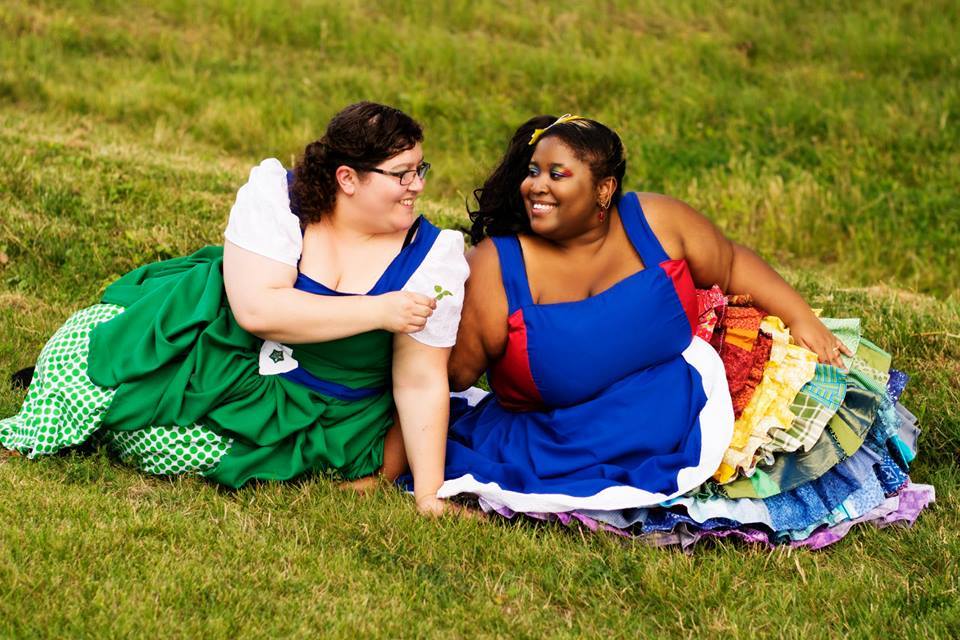 We are excited to announce Brichibi and Snow for No Brand Con 2017!

15 years ago Briana Lawrence (Brichibi Cosplays) and Jessica Walsh (SnowCosplays) were two fanfiction writing ladies who geeked out over Gundam Wing boys and Resident Evil. Now? They’re still geeks and still have their fandoms, but they’re also a cosplaying couple who write books, make crafts, and are generally nerdy women. Snow is the seamstress of the couple, meanwhile, Brichibi talks about issues in the cosplay community and how the most important thing about cosplay is to love yourself and have fun. The two ladies also speak on the importance of diversity when it comes to writing and pop culture, and they’ve both written about it via personal blogs and various websites. Speaking of writing, the ladies have work published through Dreamspinner Press, and they’ve also begun self-publishing their own urban fantasy series of books. Brichibi is currently working on a black, queer, magical girl series called “magnifiqueNOIR,” and when she’s not promoting that, she’s writing scripts for WatchMojo.com, so there’s a chance you’ve watched a video game or anime top ten list that was written by her!

When going to conventions they always bring their best so that they can promote their work. You can enjoy their crafts, get lost in their urban fantasy series, or heck, you can come by for a hug and fun conversations about cosplay, anime, or video games. Always promoting positivity and always supporting one another, Brichibi and Snow are smiling their way through the geek scene.